From Good Will Hunting to A Beautiful Mind, a Hollywood classic setting in College is almost incomplete unless it features an Ivy league school.

These highly respected centers of learning have so permeated the collective subconscious that, for many, the term “Ivy League” is now synonymous with excellent schooling. Hence, it is not uncommon for some to tag even high performing non-Ivy League colleges like MIT and Stanford under the title. 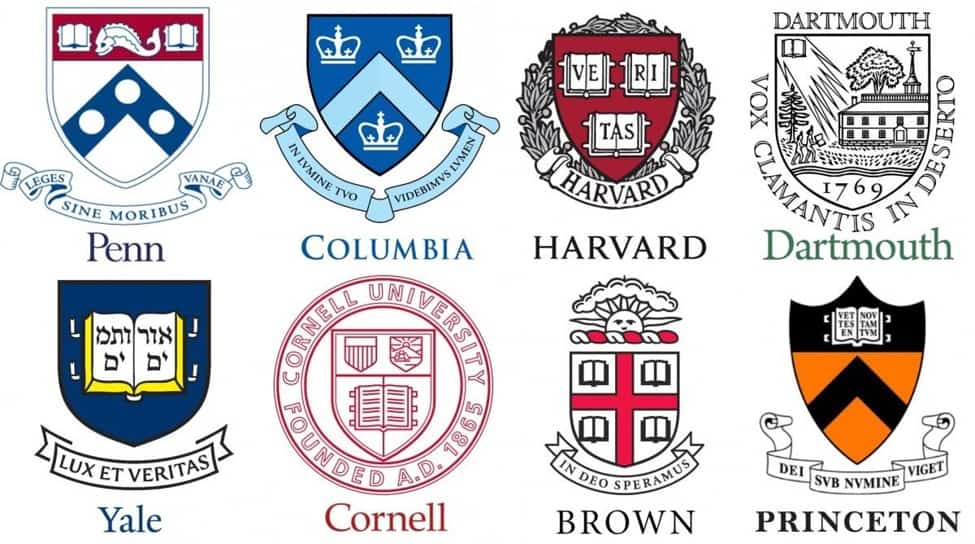 Consequently, a significant percentage of Americans see attending an Ivy League school as given if you intend running of an office or managing a major corporation.

However, it may surprise you to know that the original formation of the Ivy league of schools has nothing to do with educational prowess.

The eight schools in the Ivy League are all located in the Northeastern part of the continental US, placing them in the zone to belong to the same sport conference. The Ivy League was formed in 1954 with the NCAA Division I athletic conference. Since then, this league has been one of the dominant in US athletic competitions.

The academic excellence came later on when the athletics teams began to draw in more funding and popularity for the colleges, increasing the competition for admission, and consequently increasing the standards for student admission and performance.

Currently, many Americans view Ivy League colleges as the gold standard for educational institutions both in the US and worldwide. And these schools have the numbers to back it. Ivy league colleges rank at, or near, the top of university ranking and have done so for decades.

Havard is one of the most prestigious Ivy League schools, and it consistently ranks as one of the best colleges in the world. This elite University is a private college situated in the Boston Area in Cambridge, Massachusetts.

You are sure to find Harvard University at or near the top of any college ranking list, and the institution comes in at number 4 on Niche’s worldwide ranking of all universities.

Founded in 1701, Yale University is the third-oldest institution of higher education in the country and one of the best in the world today. This private Ivy League college is based in New Haven, Connecticut.

Yale ranks at number 3 on Niche’s list as it has remained one of the leading universities in the United States since its inception at the turn of the 18th Century.

The College has a robust legacy system and has a rich history of producing several notable alumni, including presidents like both George Bush and Bush Junior.

Yet another Ivy league school that consistently ranks on top is Princeton University, a private non-denominational university in Princeton, New Jersey. The University boasts 26 Nobel Prize winners on its staff, some of the most accomplished professors in various fields, and a long list of successful alumni, including two former US presidents—Woodrow Wilson and James Madison, and notable people like Jeff Bezos, Eric Schmidt, and Michelle Obama.

Princeton University ranks at number 5 on Niche’s list of top universities. Furthermore, the institution as a strict acceptance rate of 6%, with an enrollment of 5,260 students in their undergraduate programs.

Brown University is Rhode Island’s contribution to the Ivy League mix and a very peculiar one at that. This University, which is based out of Providence, is arguably the most liberal and unconventional of the Ivy League Schools.

For 50+ years now, the University applies an unorthodox “open curriculum” system where the institution allows its students to create custom personalized programs from over 80 different courses before niching down to one or two areas of concentration.

Another of the Ivy League Schools, Columbia University, is one of the oldest and most prestigious research colleges nationwide. The University is one of the strongest in the country in literature and humanities, and it has a strong focus on debates as part of its core curriculum.

Located in Manhattan in vibrant New York, Columbia is home to one of the most diverse student bodies in the country, with more than half of its students identifying as people of color. The University is also one of the more progressive schools, and it was the first to establish an on-campus gay-rights advocacy group in the country.

Founded nearly 280 years ago by Benjamin Franklin, the University has remained one of the top institutions of higher learning in the country, coming in at number 9 on the Niche University Ranking list. The University is famous for its rich history, bleeding-edge academics, and robust social scene.

UPenn has a lot of firsts, producing the first collegiate business school in The Wharton School, creating the first medical school in the country, acting as one of the pioneers of Service Learning, and home to Franklin Field, the oldest operational football stadium in the US.

The University of Pennsylvania has produced tons of notable people, including billionaire Elon Musk, musician John Legend, and President Trump, as well as three of his children.

While it is the smallest of the Ivy League schools, Dartmouth College is no pushover. The College offers over 60 majors and consistently ranks as one of the most famous institutions in the country. On the Niche University Ranking, Dartmouth came in at number 15 worldwide.

Dartmouth College prides itself as one of the most personalized college experience you can get anywhere. Here, students can choose when to study, do research, work, and travel, thanks to the College’s unique year-round calendar system.

Dartmouth has one of the country’s most active sports scenes, with more than three-quarters of the student body participating in sports. Amidst an endless list of sporting and social events, as well as extensive academic freedom, there is something for everyone at Dartmouth College.

The 2nd New York-based University on this list, Cornell University, is another world-famous institution that boasts an extensive arsenal of 8 undergraduate schools and 4000+ courses offered across its academic departments.

Cornell University is famous for its strong focus on undergraduate research and its world-class facilities. In addition to the main campus at Ithaca, the University has a new school in New York City focused on tech, as well as a medical program center in Qatar, and architecture studios in Rome.

Getting into an Ivy League School

Ivy League schools and other prestigious US institutions have, over the decades, been a fertile breeding ground for high achievers in many fields. These universities have produced hundreds of Nobel Prize winners, tycoons of industry, and an endless list of notable people.

Hence, with such extensive history and prestige, it is no surprise that Ivy League Schools entertain some of the stiffest competition between prospective students seeking admission. Furthermore, with acceptance rates for all eight schools in the single digits, these elite schools are some of the most selective as they typically only admit the top 1 percentile of applicants.

To give you a feel for their selection process, you can calculate your chances of gaining admission to these colleges with this free tool from Cappex.

20 Best Sonography Programs In Dayton, OH 1. University Of Findlay The University of Findlay is a private Christian university in Findlay,…